Made From An Old Family Recipe & As Delicious As Ever

A favorite of Amish and Mennonite cooks for many generations, shoofly pie is a classic Pennsylvania Dutch treat. We hear lots of stories about its origins and how it may have gotten its name. All we know for sure is that it’s the perfect partner for a good cup of coffee. Whether you enjoy it at breakfast, as a dessert, or sometime in between, it will bring back memories of good meals and great times in Amish Country. If you miss this unique taste and have wondered where to buy shoofly pie, you’re in the right spot!

Bird-in-Hand’s famous shoofly pie is still made from an old family recipe that has been handed down for many generations and was fine-tuned by Grandma Smucker, who was known for her pies. One of our bakery’s most popular items, our traditional wet-bottom shoofly pie, combines the ingredients of a light syrup, eggs, flour, brown sugar, and cinnamon topped with crumbs in our flaky pie crust – for a deliciously gooey treat that’s recognized across the country as a Lancaster County classic. 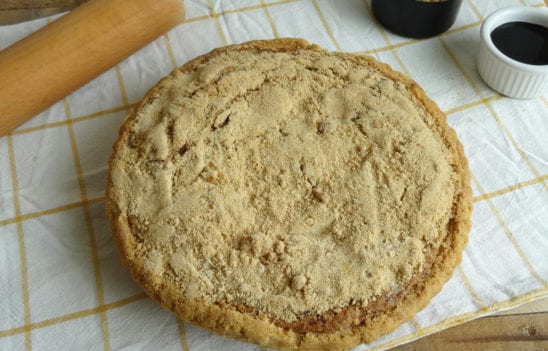 Few foods are as closely associated with Lancaster County as shoofly pie. We’re famous for Grandma Smucker’s Shoofly Pie - a favorite of visitors to Bird-in-Hand.… 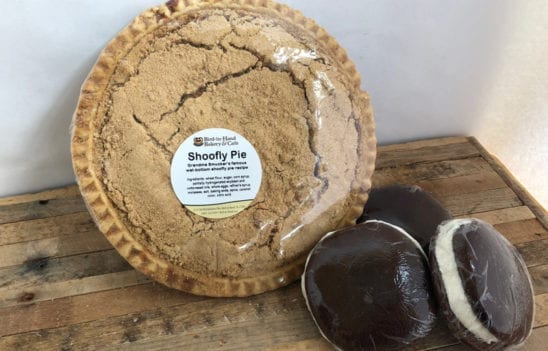 Love the taste of baked goods from Amish Country? Get some for the freezer or to share with a friend! Order our Shoofly Pie Bonus Gift Bundle and get three… 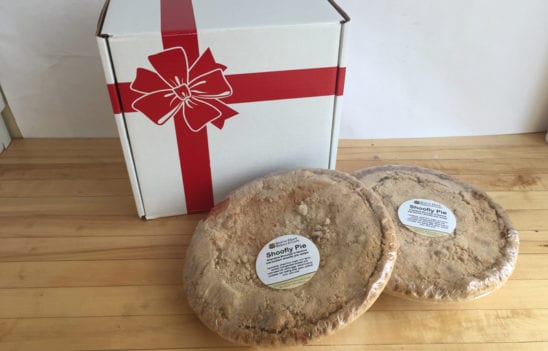 * We are temporarily out of the red bow gift boxes. This product will ship in a plain white box. Grandma Smucker’s Shoofly Pie is a favorite of visitors… 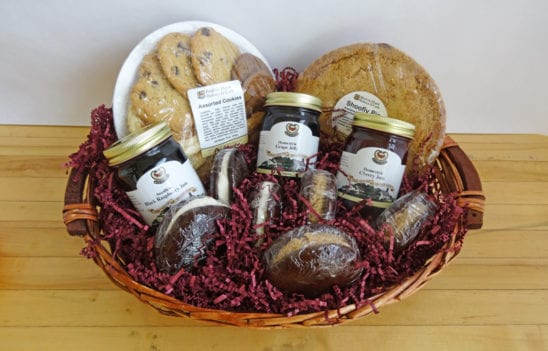 Whether you’re entertaining a group, catering a special event, giving corporate gifts, or just stocking the freezer, we’re happy to help. When you need a large quantity of goodies from our online bakery shop, we are happy to accommodate your bulk orders. The following items are available in bulk:

We ask for at least three weeks notice to prepare your bulk or corporate gift order. Please note that during the holiday season, order deadlines and quantity limits may be in effect. Shipping and handling are determined by the order. Contact us for an estimate.

Shoofly Pie is a molasses crumb pie.  It’s an Amish and Mennonite favorite dessert that can be made with pantry staples. While it may not be as well-known, this phenomenal treat can be enjoyed with a cup of coffee.

Shoofly Pie is for those who savor the sweet richness of molasses. The combination of molasses and spices in the batter creates an almost chocolate-like taste.  The final product yields an intense sweetness and cakelike texture.  Enjoying this dessert with a cup of coffee is recommended as the dark beverage compliments the sweet richness of the pie.

The animal was trained to stand on his hind legs and wore boxing gloves on his front hooves. His frequent opponent was a horse. Shoofly was so beloved they named products in his honor, including a brand of molasses produced in Philadelphia. Shoofly’s name may have originated from a popular song at the time, “Shoo, Fly, Don’t Bother Me!” Another less likely theory comes from author Patricia Brunning Stevens. According to Stevens, the unusual name of shoofly pie came from “the fact that pools of sweet, sticky molasses sometimes formed on the surface of the pie while it was cooling, inevitably attracting flies.” She suggests the pie’s invention stems from Pennsylvania Dutch farm wives making do with what remained in the larder during the late winter. However, she fails to answer the question of where all the flies came from in the winter season.

Yes! Our Shoofly Pies freeze and keeps its lovely flavor profile very well. We suggest freezing our shoofly pies if you are not going to consume them within 1-2 days after you receive your order. For best results, wrap them in tin foil and thaw at room temperature.  Then, warm it up in an oven for optimal crust crispiness!

Shoofly pie is a delicious treat any time of day, any season of the year. That said, this pie is ideal for the fall and winter seasons because the warmth from the molasses and spices add a real depth of flavor and a cozy quality to the pie. With this in mind, you can serve it a few different ways:

Shoofly pie can be enjoyed hot or at room temperature.